Dairy: Wholesale prices for butter and cheese have been extremely volatile in recent weeks, plunging to very low levels in April and early May before rising to relatively high levels more recently. Supply and demand factors account for the volatility in prices. After the downturn in prices and excess milk supply in April and early May, dairy cooperatives and other handlers took steps to limit supply from dairy farmers. Food service outlets cut back drastically on their orders in April due to COVID-19. As food service started increasing in some States, pipeline stocks for food service establishments needed to be replenished to prepare for the increase in demand. The U.S. Government also began buying large quantities of food to distribute to food banks, community and faith-based organizations, and other nonprofit organizations. Aggregate dairy exports have remained substantially above previous-year levels during the pandemic.

Pork/Hogs: While capacity utilization rates in the U.S. pork processing sector are rebounding, pork production for the balance of 2020 and into 2021 will likely reflect rates lower than a year ago as processors implement U.S. Government guidance measures to reduce COVID-19 infections. Pork production in 2020 is expected to be 0.5 percent above a year ago. 2021 production is forecast 1.7 percent higher than production this year. 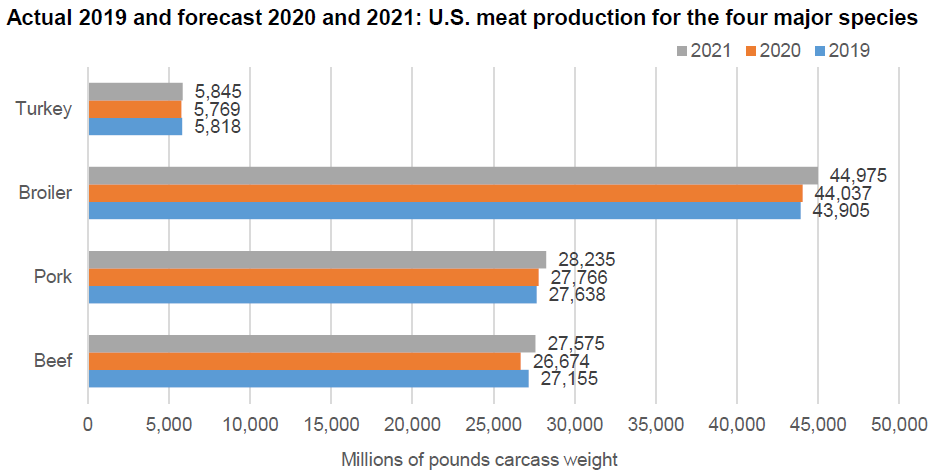