States With The Most Farms (Ranking 1 to 50) 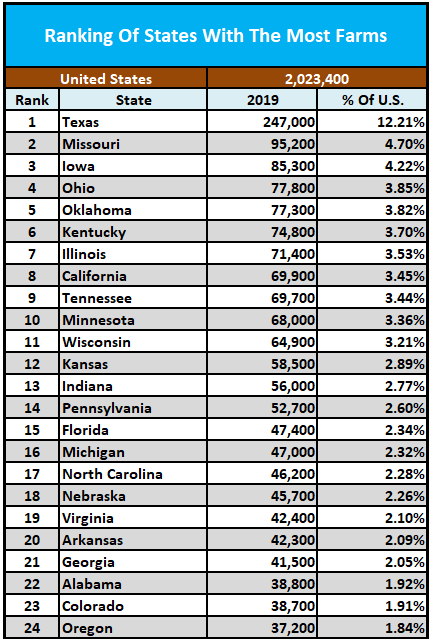 A farm is "any place from which $1,000 or more of agricultural products were produced and sold, or normally would have been sold, during the year." Government payments are included in sales. Ranches, institutional farms, experimental and research farms, and Indian Reservations are included as farms. Places with the entire acreage enrolled in the Conservation Reserve Program (CRP), Wetlands Reserve Program (WRP), and other government conservation programs are counted as farms.