The outlook for 2020/21 U.S. wheat this month is for reduced supplies, higher domestic use, unchanged exports, and lower ending stocks.  Supplies are reduced by 32 million bushels, on the combination of lower beginning stocks and production as indicated by the NASS Grains Stocks and Small Grains Annual Summary reports, respectively.  Partly offsetting are lower imports, with all the reduction for Durum.  Domestic use is raised 10 million bushels, all on higher feed and residual use.  The NASS Grain Stocks report indicated greater first quarter disappearance than previously estimated.  Exports remain at 975 million bushels due to offsetting by-class changes.  Projected ending stocks are reduced by 42 million bushels to 883 million, which would be the lowest ending stocks in six years.  The season-average farm price is raised $0.20 per bushel to $4.70 on reported NASS prices to date and expectations for futures and cash prices for the remainder of the marketing year. 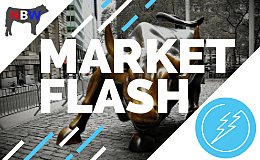