United States Cattle on Feed Up 2%

Cattle and calves on feed for the slaughter market in the United States for feedlots with capacity of 1,000 or more head totaled 11.3 million head on August 1, 2020. The inventory was 2 percent above August 1, 2019. This is the highest August 1 inventory since the series began in 1996. 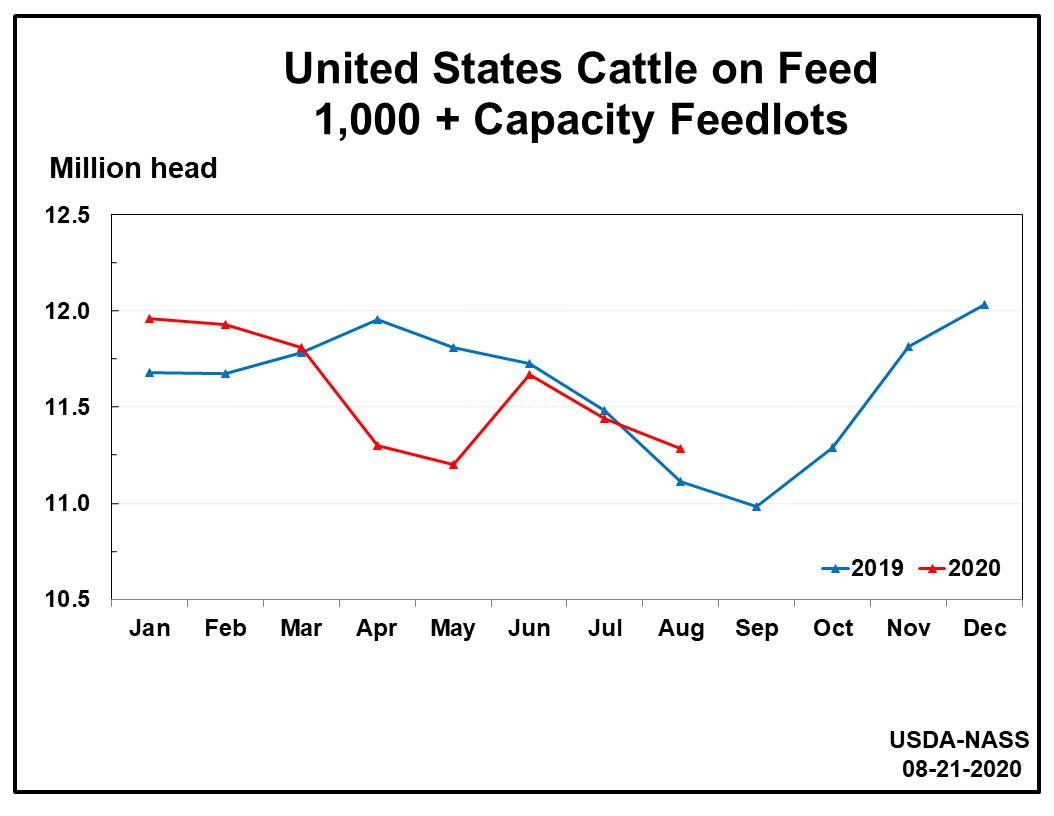 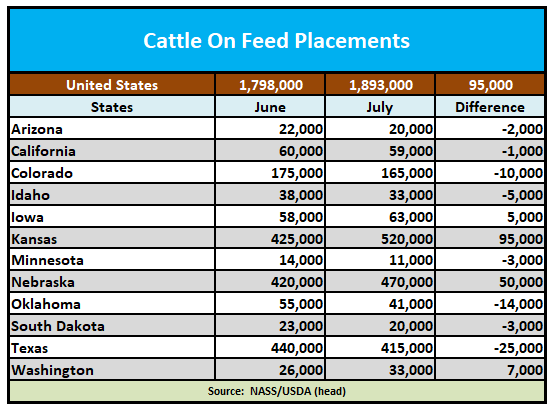 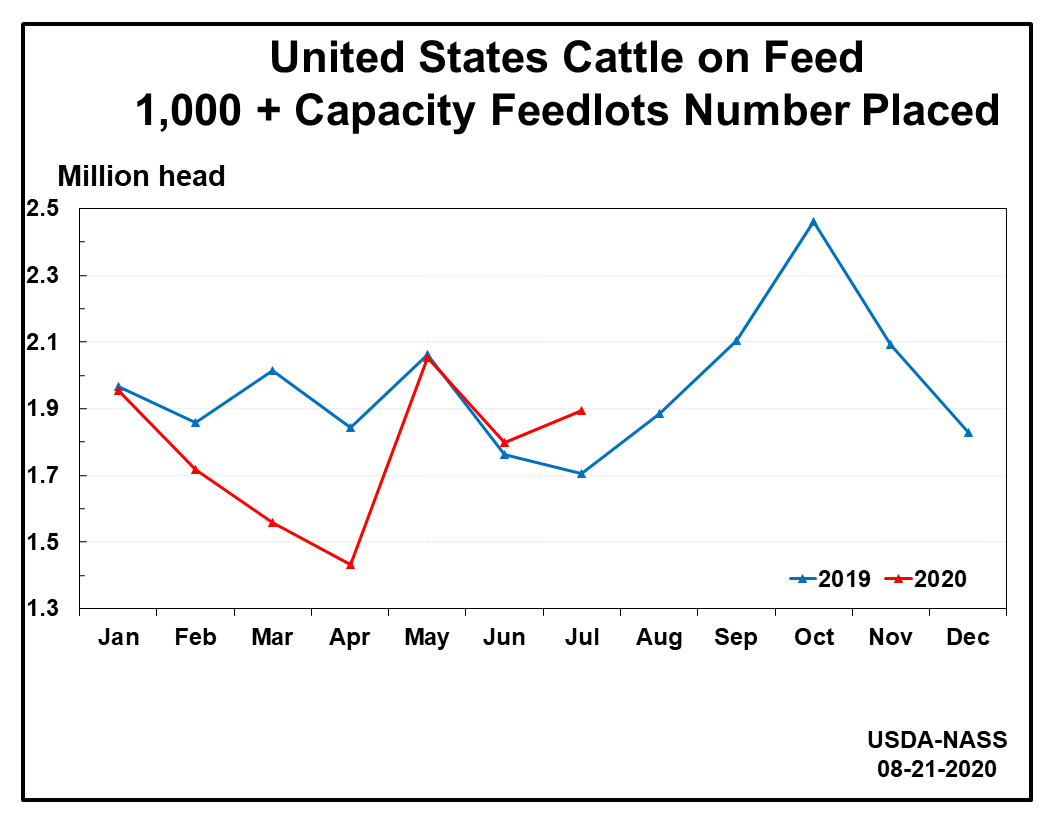 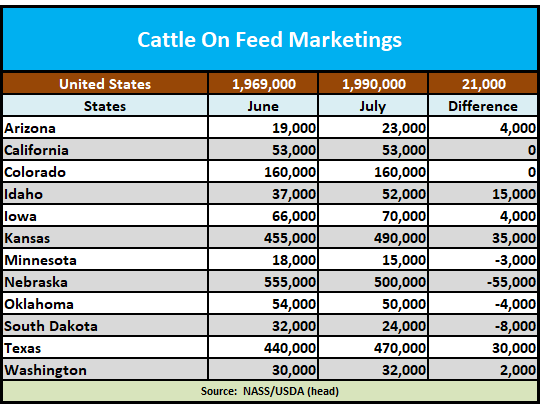 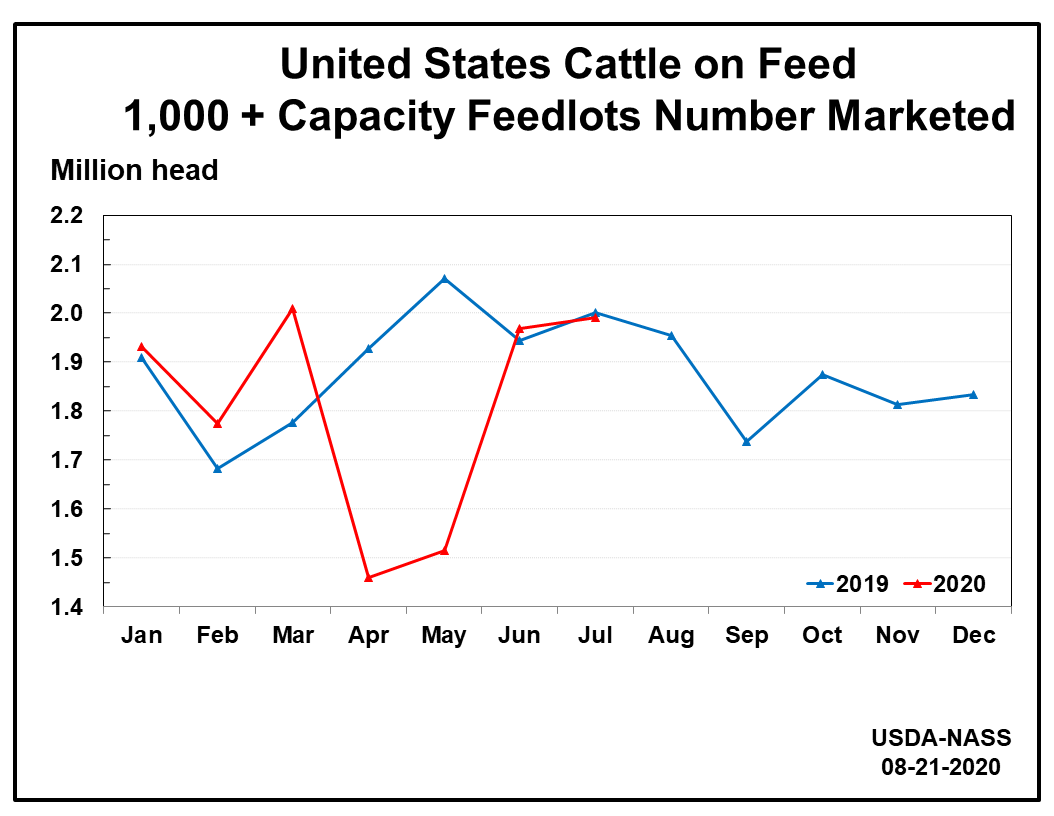