The net withdrawals from working gas totaled 36 billion cubic feet (Bcf) for the week ending March 19. Working natural gas stocks totaled 1,746 Bcf, which is 13% lower than the year-ago level and 4% lower than the five-year (2016–2021) average for this week.

The natural gas plant liquids (NGPL) composite price at Mont Belvieu, Texas, fell by 44¢/MMBtu, or 5.6%, averaging $7.46/MMBtu for the week ending March 24, mirroring a 5.6% decline in West Texas Intermediate (WTI) crude oil prices for the same week. The prices of natural gasoline, butane, and isobutane, which are most closely correlated with crude oil, fell by 10%, 8%, and 7%, respectively. Recovering petrochemical industry feedstock demand supported ethane and propane prices, which fell by less than other NGPLs. The average weekly ethane price declined by 1%, and the average weekly propane price declined by 4%.

According to Baker Hughes, for the week ending Tuesday, March 16, the natural gas rig count remained flat at 92. The number of oil-directed rigs rose by 9 to 318. Oil-directed rigs have reached the highest level since the first week of May 2020. The total rig count increased by 9, and it now stands at 411. 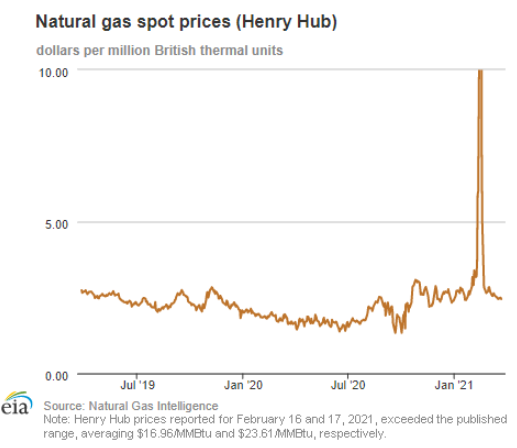