Breeding inventory, at 6.23 million head, was down 2 percent from last year, but up slightly from the previous quarter.

The March-May 2021 pig crop, at 33.6 million head, was down 3 percent from 2020. Sows farrowing during this period totaled 3.07 million head, down 3 percent from 2020. The sows farrowed during this quarter represented 49 percent of the breeding herd. The average pigs saved per litter was 10.95 for the March-May period, compared to 11.00 last year.

The total number of hogs under contract owned by operations with over 5,000 head, but raised by contractees, accounted for 49 percent of the total United States hog inventory, unchanged from the previous year. 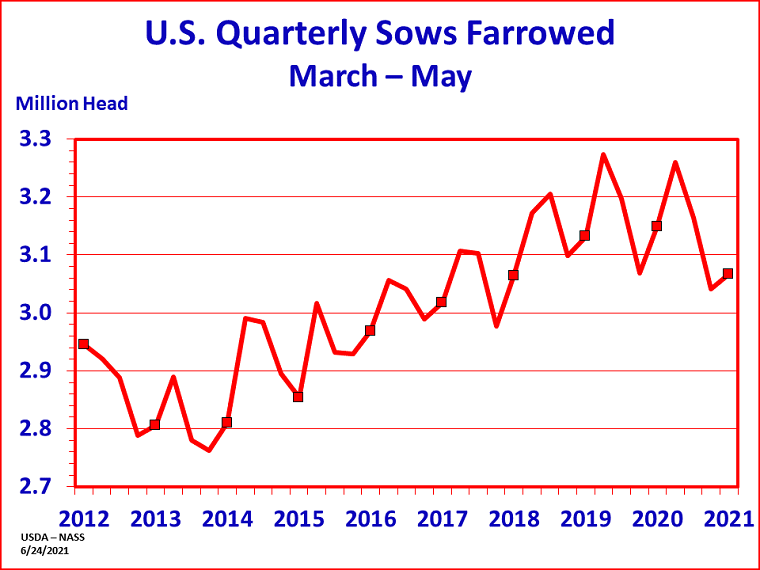 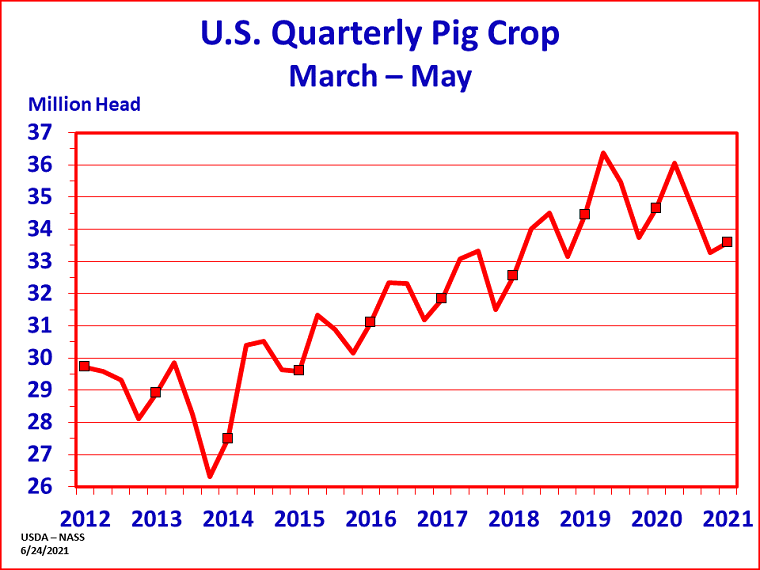 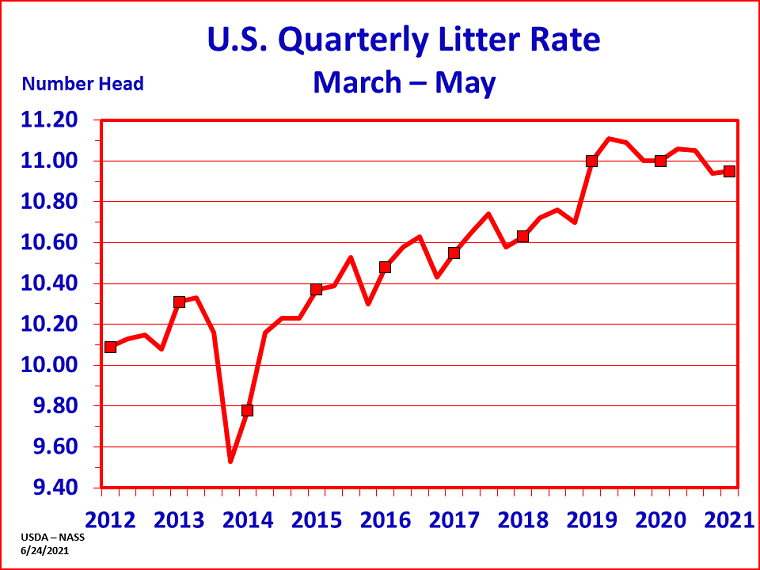 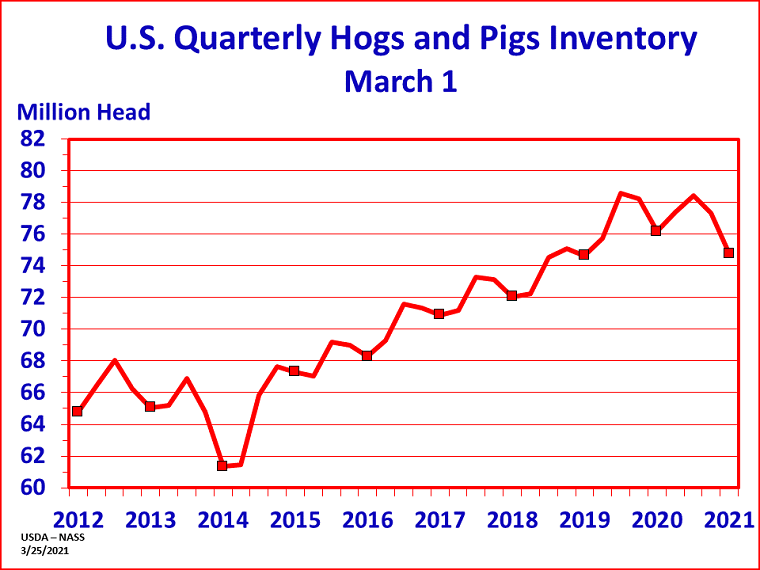