The 2021 forecast for total red meat and poultry production is reduced from last month on lower expected pork and turkey production.  The beef production forecast is raised from the previous month primarily on higher cattle slaughter in the second half of year, but production gains are partially offset by lighter carcass weights.

Pork production is lowered on a slower pace of slaughter through the remainder of the year, but this decline is partially offset by heavier hog weights.

USDA’s March Quarterly Hogs and Pigs report estimated that the December 2020-February 2021 pig crop was about one percent below year-earlier and producers indicated intentions to farrow about 3 percent fewer sows during March-May.  These hogs will be available for slaughter in the second half of 2021. 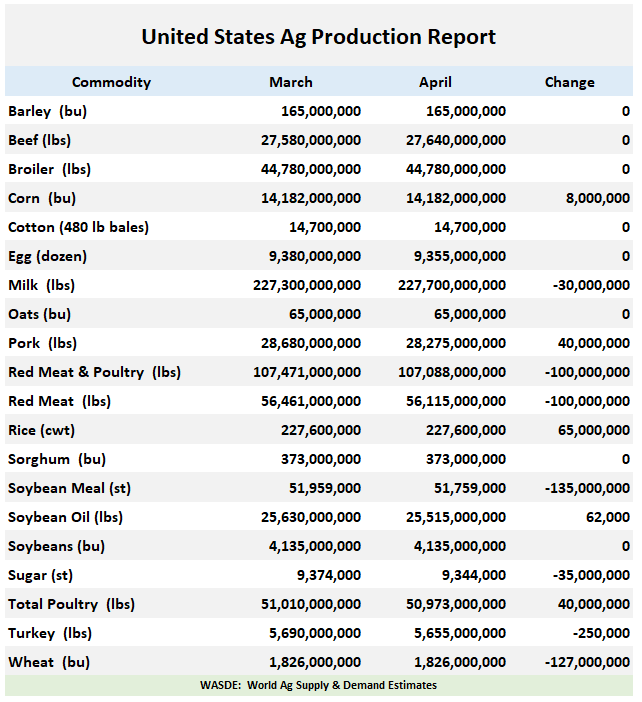