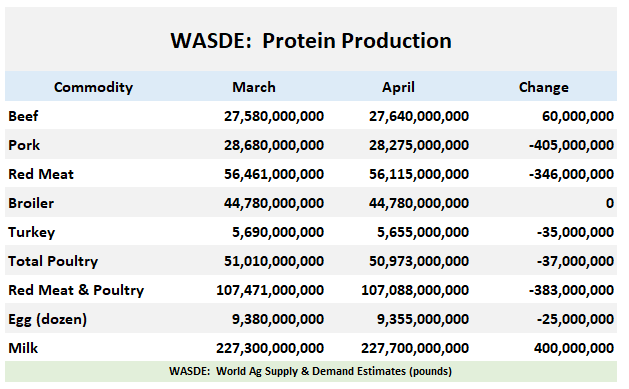 Product price forecasts are raised on improving demand, both domestically and in international markets.  Prices of cheese, butter, nonfat dry milk, and whey are raised, boosting both Class III and Class IV prices.  The 2021 all milk price forecast is raised to $18.40 per cwt.