Parts of the Rockies and Northwest received rain and snow in the last week, but overall, most of the West and Plains remain dry. Extreme Drought (D3) continues to increase its reach in the Northern Plains, and dryness also expanded in the Midwest, Southeast, Hawaii, and Puerto Rico. As of April 27, 2021, 40.4% of the U.S is in drought, affecting 102.4 million people. 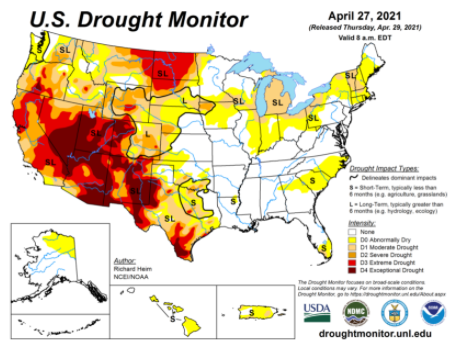 THE BEEF READ:    It’s Green... June live cattle have dropped $13.05 in 18 trading days appears to have found its footing at $5 discount to cash. With boxed beef values surging over $305 this morning and packer margins north of $700 per head, the optics support steady cash at the least (The Beef)

DAILY DROP:   The hide and offal value was estimated at $12.00, unchanged from Tuesday 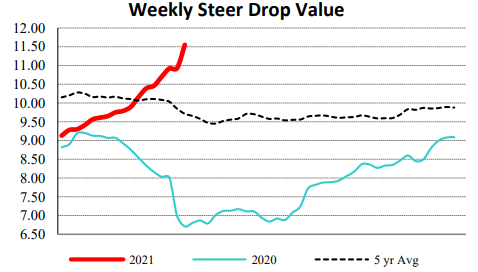