SATURDAY'S WEATHER:  FOLLOW US ON THE WEATHER CHANNEL FOR LIVE UPDATES

WEATHER FLASH: Scattered severe storms will be possible across the Upper Midwest today. Heavy rain may produce flash flooding in SD and ND; and into MN. Thunderstorms with locally heavy rain will be possible in portions of the High Plains, Mississippi Valley, Appalachians, and Deep South (@NWS) 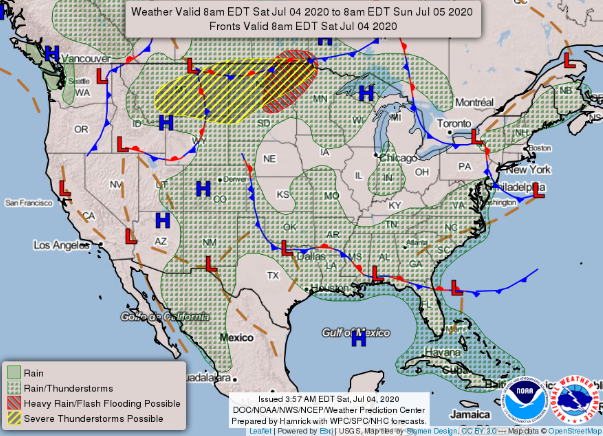 Showers and thunderstorms are expected along a stationary frontal boundary from the Mid-South to the eastern Gulf Coast region and northern Florida through Saturday. In the north-central U.S., locally severe thunderstorms and flash flooding will remain possible. Hot temperatures will persist through the weekend over much of the central and eastern U.S. with pleasant temperatures in the Northwest.   (Sat) 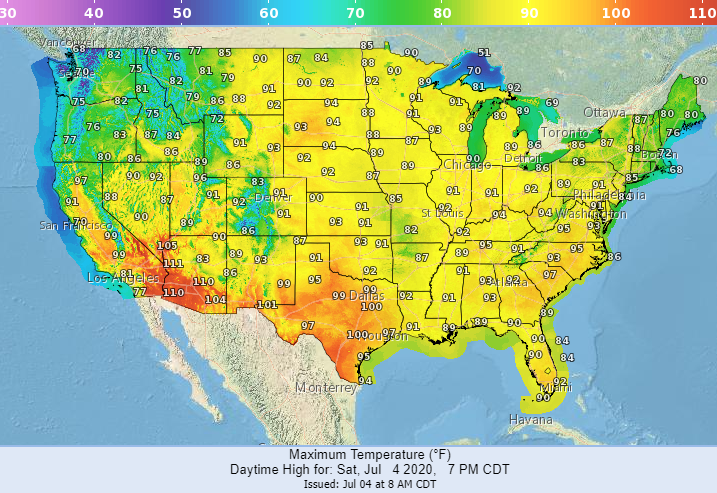 TEXAS WEATHER FLASH: The severe threat has increased some for Sunday afternoon and evening. If the clouds clear out in time, strong to severe storms will likely form by late afternoon with a few being capable of large hail and strong winds (NWSAmarillo) 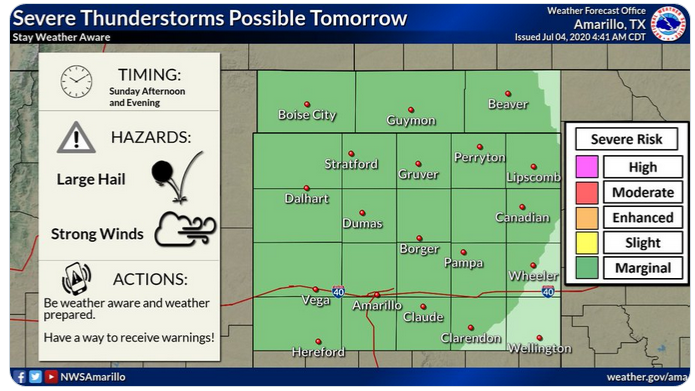 National Drought Monitor
Precipitation was hit-or-miss this week for many locations east of the Great Plains. Much of the Midwest, South, and Southeast saw combinations of D0 additions and removals based on 7-day rainfall accumulations. 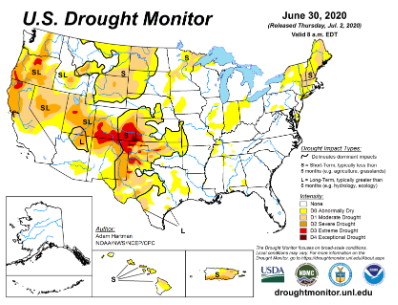