To advance its mission of equipping and preparing its young members to be leaders, innovators, stewards and advocates of the Red Angus breed and the beef business, the RAAA Junior Activities committee annually awards scholarships to young men and women involved in agriculture. These scholarships are awarded to JRA members that are active in the association, as well as in their communities and the beef industry, and are planning to attend either two-year colleges or four-year universities in the coming year. Recipients completed an extensive application and interview process, and have proven their communications skills, professionalism and potential for leadership.
The RAAA Junior Activities Committee is pleased to name each of the following five JRA members as a recipient of the $1,000 college scholarship. 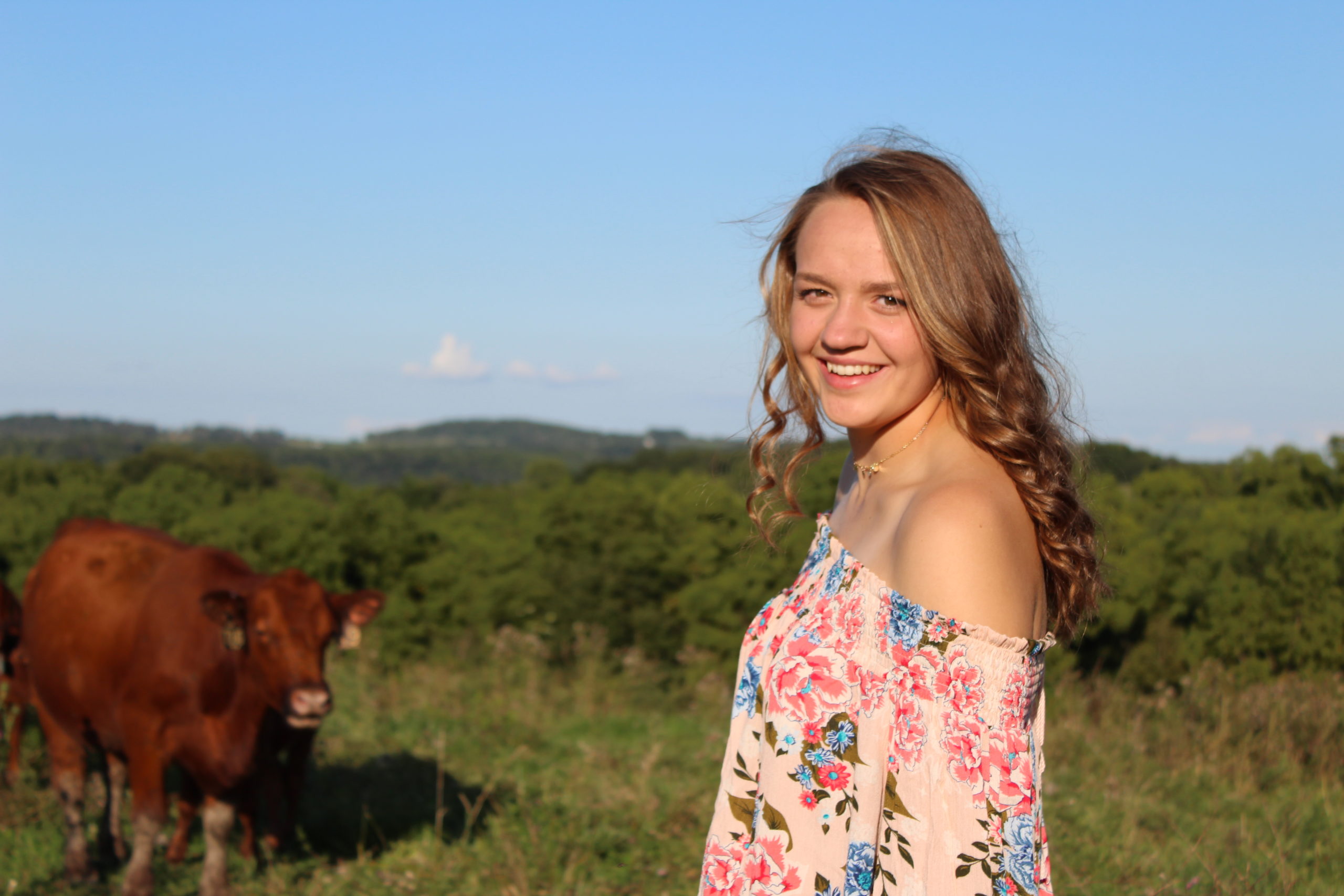 Mia Gibson is the daughter of Lin and Jim Gibson from Elgin, Iowa. She graduated from North Fayette Valley High School where she was involved in her FFA chapter and district, county 4-H, county beef association, National Honor Society, Iowa Junior Red Angus Association and the JRA national board. This fall, Mia plans to attend Des Moines Area Community College for her Associate Degree in agribusiness before furthering her education. She is passionate about Red Angus and agriculture, and wants to advocate and promote the Red Angus breed. After college, she plans to continue raising Red Angus cattle and eventually take over the family farm. 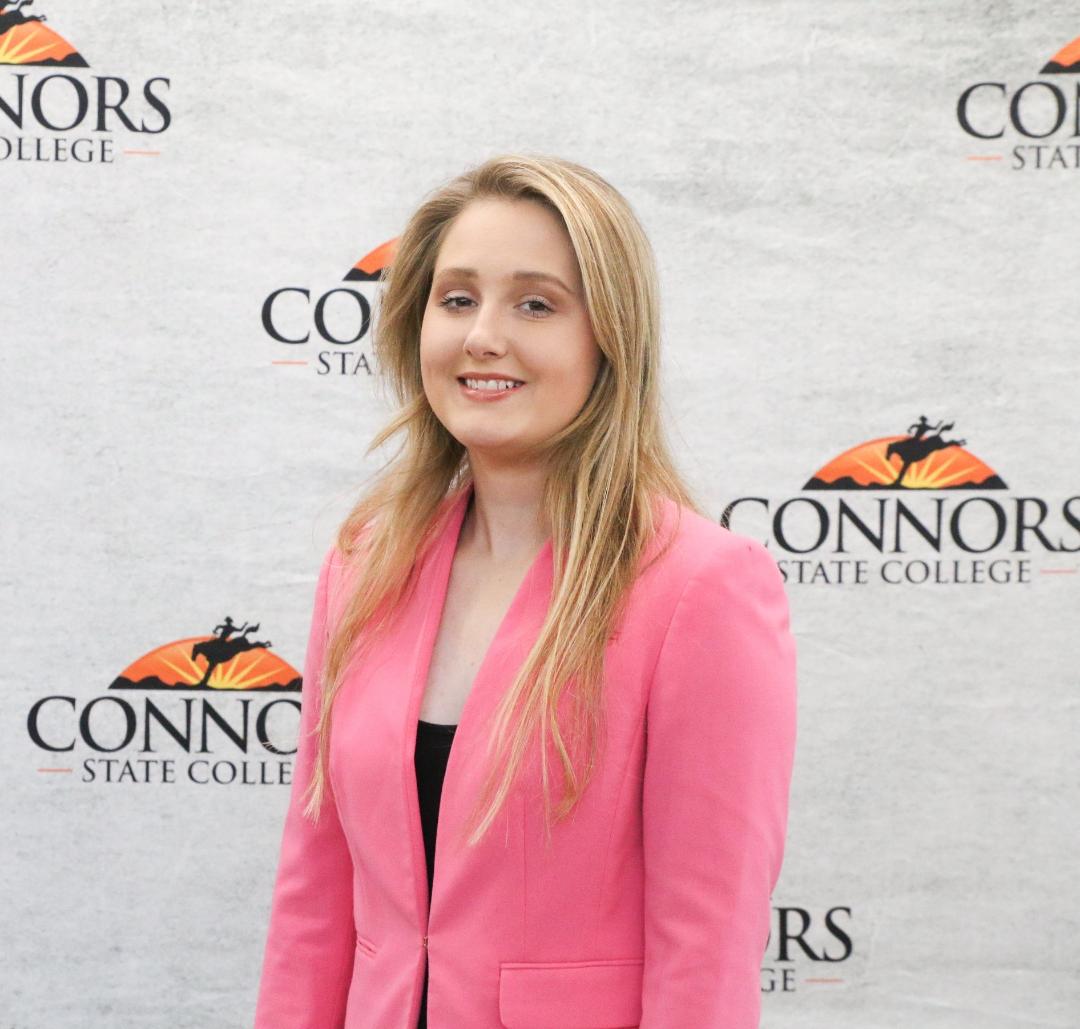 Kristen Massingill of Hamilton, Texas, is the daughter of Scott and Faith Massingill. She is an 8-year member of JRA and has competed on state and national levels. Kristen recently completed her second year as Texas Junior Red Angus president. She competed on the Connors College Freshman Livestock Judging Team in Warner, Oklahoma, that was successful as the high-point team at all their competitions. Kristen exhibited at the State Fair of Texas winning Reserve Champion Overall Bred and Owned Bull. She is a dual major of animal science and ag business with a focus on reproduction, and hopes to be an embryologist or veterinarian in the future. 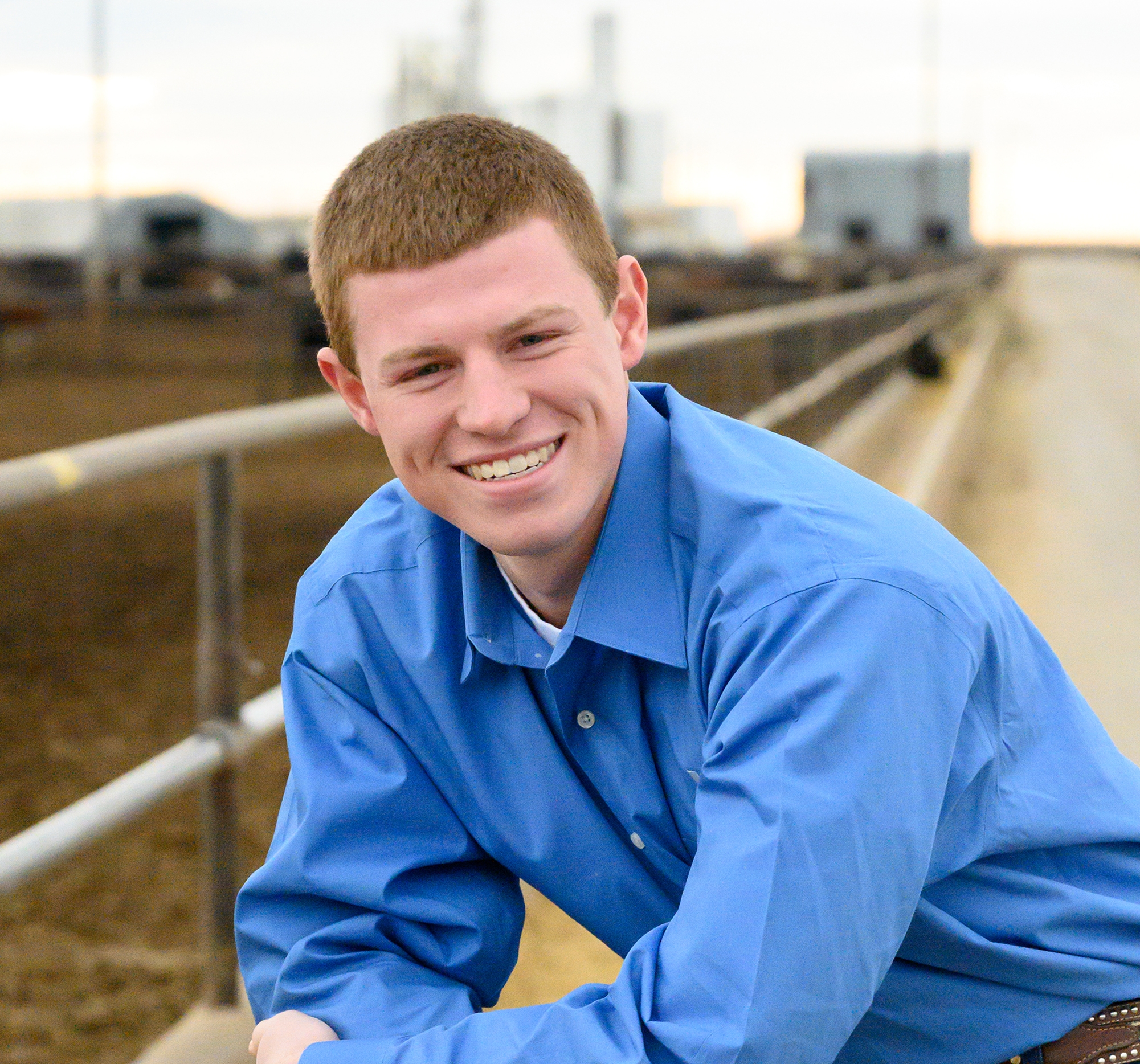 Brock Montgomery of Coats, Kansas, is the son of Kenny & Lori Montgomery. He graduated from Skyline High School and was active in Boy Scouts, holding the highest rank of Eagle Scout. He is a 12-year member of 4-H and was active in football, track, NHS and FFA. He plans to attend Oklahoma State University double majoring in animal science and ag education. Brock and his brother, Ty, built their small herd with ideal conformation traits and balanced EPD profiles in mind. He sells bulls and heifers locally and exhibits in national shows all over the country, and plans to remain tied to Red Angus cattle throughout his life. 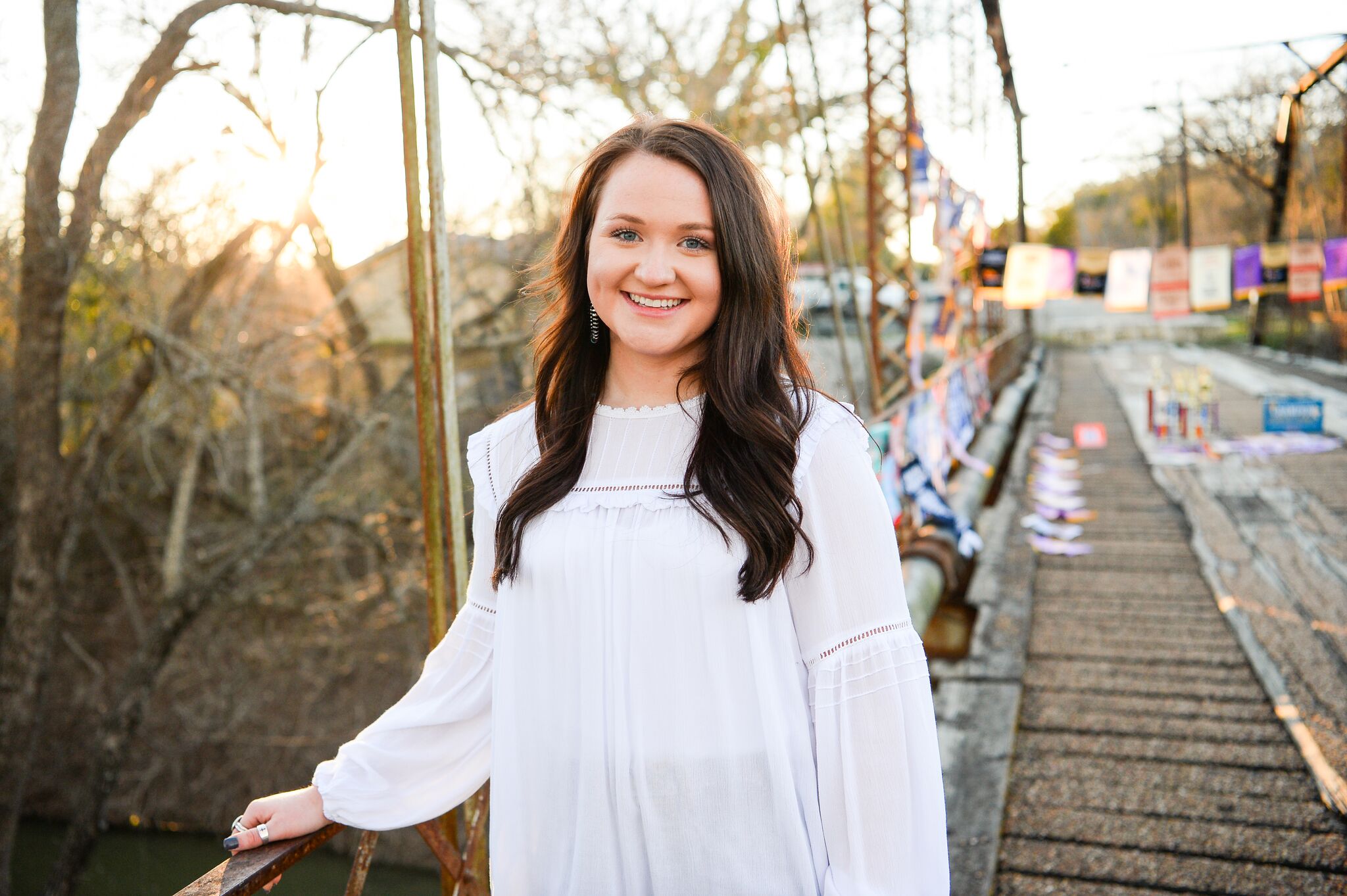 Holly Thomas of Gatesville, Texas, is the daughter of Jody and Robin Thomas. The family runs a commercial cow-calf operation and operates two livestock auctions. Holly has a small Red Angus and Charolais purebred herd and has been showing for 10 years. She graduated from White Horse Christian Academy in Stephenville, Texas, through an online distance program which allows her the flexibility to care for her cattle and travel to shows. She is the Texas Junior Red Angus president and queen and serves as the NAJRAE director-at-large. She will be attending Oklahoma State University majoring in animal science and pursuing a career in veterinary pharmaceutical and feed sales. 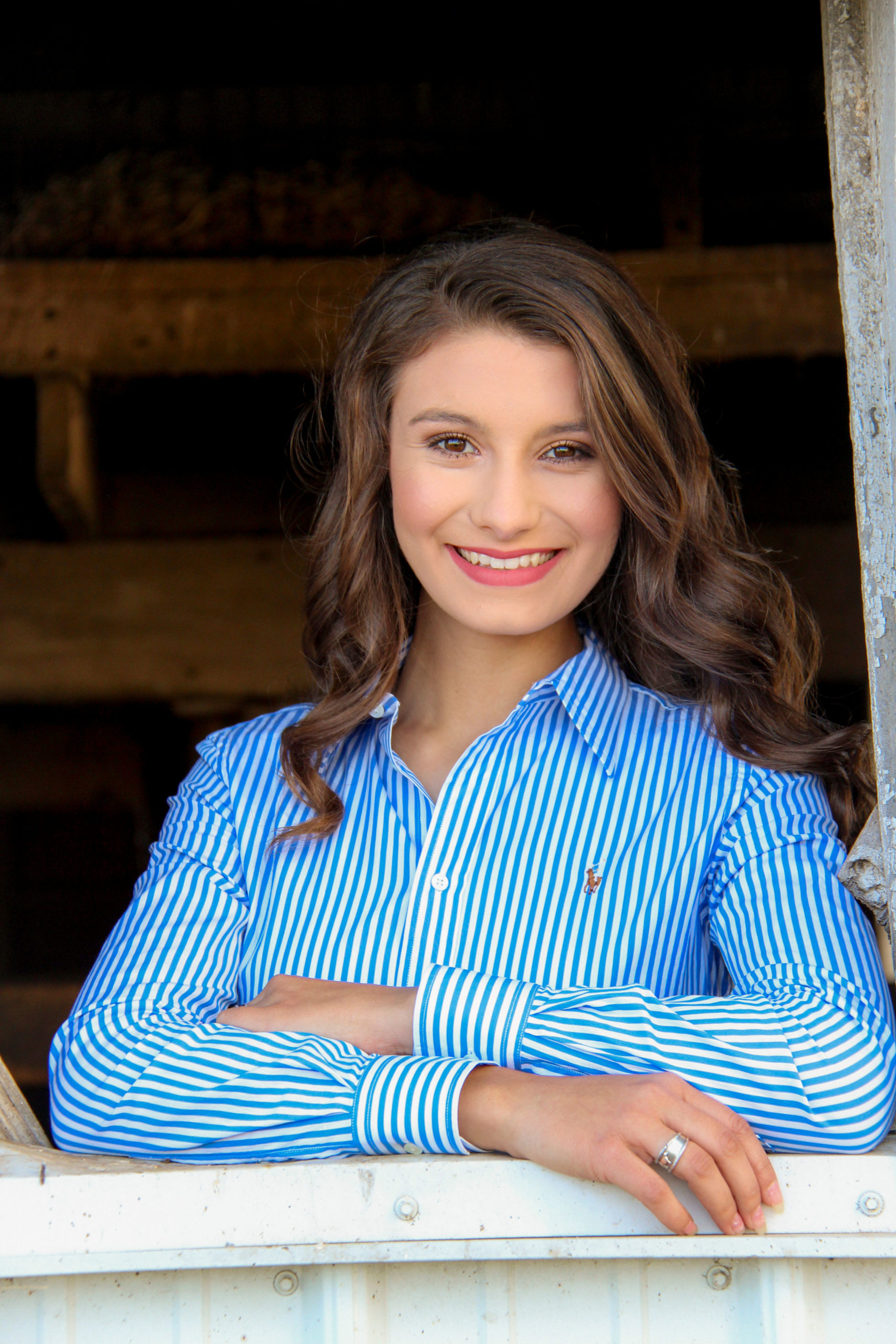 Paige Van Dyke is the daughter of Jon and Katrina Van Dyke of Louisville, Illinois. Paige graduated from North Clay High School and was active in FFA, 4-H, Recycling Club, Student Council and National Honor Society, and volunteered in the special needs classroom. She has participated at local, state and national shows since 2013. Raising and showing Red Angus has fueled her passion for agriculture which she plans to incorporate with her experience to become a farm broadcaster and produce her own TV show, The Clay County Ag Report. She plans to attend Lake Land College in Illinois and transfer to Oklahoma State University or Kansas State.

The committee is also pleased to announce the recipient of the $500 Dee Sonstegard Memorial Scholarship. 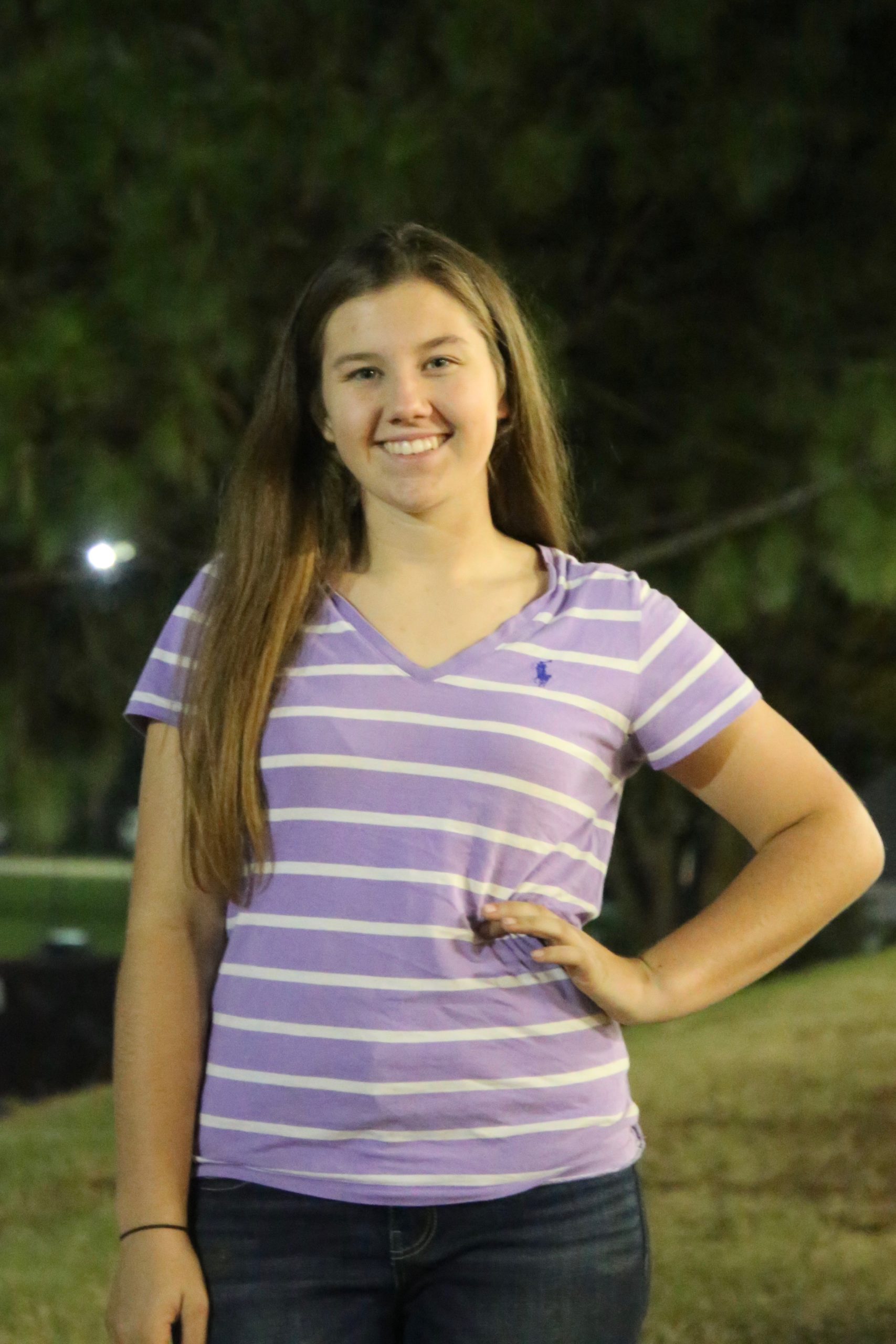 Marcie Harward from Richfield, North Carolina, is the daughter of Marcus and Patty Harward. She attended Stanly Community College and plans to attend Kansas State University. She has been involved in the cattle industry exhibiting across the country at various shows, and has attended  leadership conferences throughout the country. Marcie plans to major in animal science with a concentration in reproductive physiology. With this, she plans to return to her family's business and run the family farm. She will continue to raise Red Angus, selling cattle in the family’s production sale each year. She hopes to utilize her degree to enhance the genetics in her herd as well as in others.

For more information on the JRA Scholarship program or other JRA events, visit www.RedAngus.org.