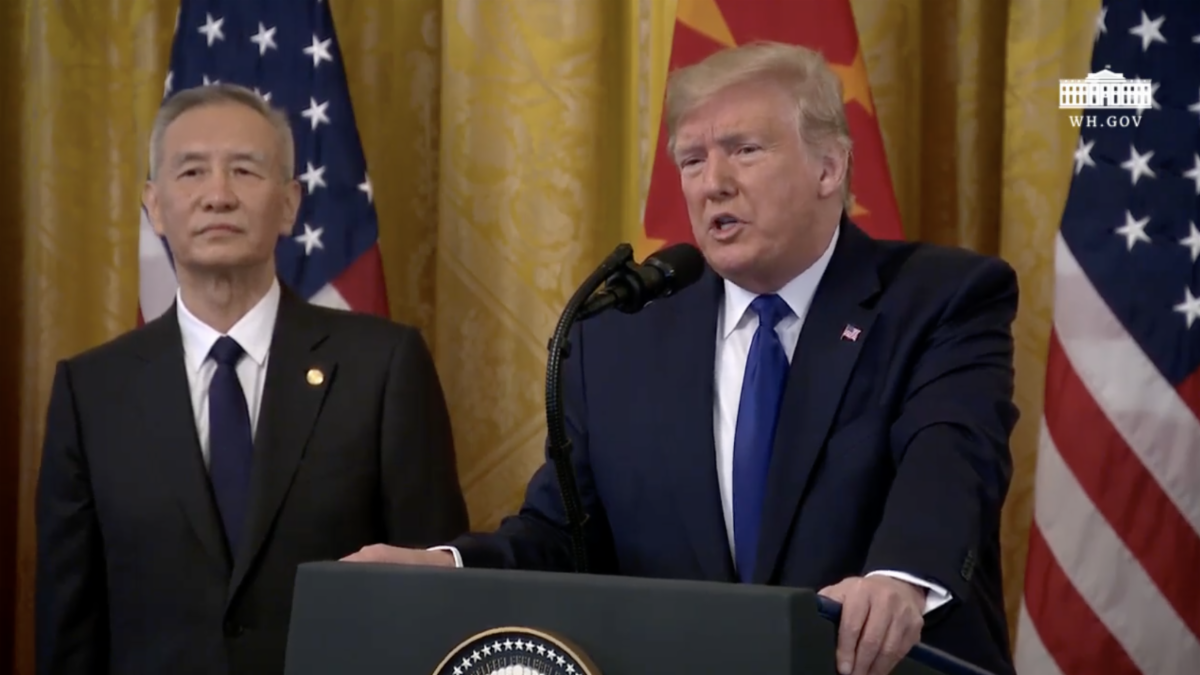 On Wednesday, President Donald Trump and Chinese Vice Premier Liu He signed the first phase of a trade agreement between their respective countries. The deal, which comes after many months of negotiations, is an effort to ease the tensions of a two-year-long trade war.

According to text made available after the signing, China will increase its purchases of American goods and services by at least $200 billion over the next two years. This includes $32 billion worth of agricultural products over an established 2017 baseline of $24 billion, bringing the annual average to roughly $40 billion. China will make a number of changes to facilitate these purchases. It has removed barriers that have previously hindered the importation of American products like beef, pork, poultry, seafood, dairy, rice, potatoes, blueberries, barley, avocados, alfalfa, hay, distillers grain, infant formula, and pet food. Additionally, the country will accelerate its approval of agricultural biotechnology traits, which currently takes between 5 to 7 years. Under new regulations, the process will be shortened to about 2 years.

President Trump purportedly instigated this trade war to address China's unfair trade practices, including currency manipulation and intellectual property theft. The deal includes some minor changes on both issues; China has agreed to strengthen legal protections for patents, trademarks, and copyrights as well as comply with preexisting intellectual property regulations and strengthen. Similarly, China has promised to uphold previously established currency commitments, refraining from "competitive devaluations and the targeting of exchange rates for competitive purposes." The deal does not address government subsidies given to state-owned entities, though it may be included in an anticipated second phase deal.

It is unclear how enforceable this deal is, or how realistic; several third party assessments question if or how either country could handle such a rapid and significant expansion of exports.

National Farmers Union (NFU) was cautiously optimistic about the agreement, though maintained some reservations about its long-term implications. "It is a good sign that our two countries appear to have found common ground," said NFU President Roger Johnson. "But this deal must deliver more than vague, unenforceable, short-term commitments ¬- we need real and lasting behavioral change from China, and we need reliable and robust agricultural export markets."

Read the full agreement here, and learn more in the NFU release