NCGA: USMCA a Win for Agriculture 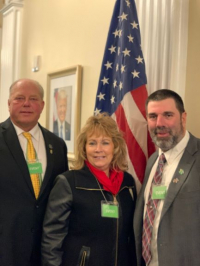 Ross made the following statement.

“This is a big win for America’s farmers, our rural communities and the American economy. USMCA builds on our already successful trading partnership with Mexico and Canada. This agreement should serve as a template for opening the door to new market opportunities for U.S. corn. Corn farmers are grateful for the hard work done by the President, the U.S. Trade Representative and everyone in the Administration who made today’s signing possible.”