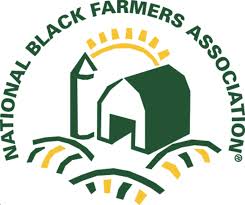 Washington - John Boyd Jr., president of the National Black Farmers Association, says the struggle is real for our African American farmers, and the causes range from Trump's U.S.-China trade deal, to farm bailouts and COVID-19."The administration was a little slow to react to ensure that monies were in place for farm operating dollars so that we can plant and harvest on time. ...Many of the farmers are unsure of their future," said Boyd, a fourth-generation farmer on his family farm in Baskerville, southern Virginia.He discussed the frustration of Black farmers on "Bloomberg Markets" with Bloomberg's Vonnie Quinn.https://eurweb.com/2020/07/13/our-members-are-struggling-national-black-farmers-assoc-president-lays-out-difficultiesNoting during the interview the lack of access to capital, loans, and the fact only 3% of U.S.mortgages went to African Americans, Boyd and his wife Kara Brewer Boyd, president of the Association of American Indian Farmers addressed their concerns with Acting Comptroller Brian Brooks.The Office of the Comptroller of the Currency today announced the launch of Project REACh to promote financial inclusion through greater access to credit and capital.REACh stands for Roundtable for Economic Access and Change and brings together leaders from the banking industry, national civil rights organizations, business, and technology to identify and reduce barriers that prevent full, equal, and fair participation in the nation's economy."The recent civil unrest across our country emphasizes that too many people have been left out of our nation's economy," said Acting Comptroller of the Currency Brian P. Brooks. "While we applaud others, who have made large financial contributions to address immediate needs, Project REACh will focus on policy and structural changes that can help more people participate in our economy and prosper in the same way so many others have."Boyd called on Pepsico and other companies with agricultural interests to address systemic racial injustice by doing more business with Black farmers:"Having recognized that the Aunt Jemima brand must change, PepsiCo should now take the equally obvious but more substantive step of tapping Black farmers as significant sources of its products. Frankly, changing a label pales in comparison to transforming lives and generations by addressing the well documented systemic wealth and opportunity disparities in agriculture.The National Black Farmers Association has long offered to help bridge this gap, and that offer still stands ... to PepsiCo and every company that values an inclusive and equitable society.As farmers we not only feed America, we believe in America. And we look forward to our country coming together across racial lines to both reckon with the past and sow the seeds of a better future."Boyd's statement followed PepsiCo's announcement that it will no longer use the Aunt Jemima brand, long criticized as a racial stereotype, to sell pancake mix and syrup.Stamping Out Systemic Racism in the U.S. Food System Gains MomentumCalls for racial justice over the past several weeks have focused attention on how systemic racism reverberates across the economy and criminal justice system. But an area overlooked by many is how the food on our plate is emblematic of a food and agriculture system rooted in racial inequality. Now, some organizations are shining a light on how to tackle issues of race, equity and access in our food system.Stamping out systemic racism in the U.S. food system is a complex issue-its roots go back to when the land itself was taken by violence and theft from native communities and worked by enslaved people, according to Food Animal Concerns Trust (FACT), a sustainable farming group that recently pledged to work towards a more equitable farming system. The organization, representing 6,500 farmers, asserts that Black, indigenous, and people of color (BIPOC) continue to struggle to gain equal access to land, capital, credit, and markets.FACT acknowledged  in a press release that it has "given out grants to hundreds of farmers without making specific efforts to include the BIPOC farming community...we must examine our programs and policies to identify how they can reflect and sustain broader societal inequities and take corrective steps."Recognizing the struggles of Black farmersThat reckoning with systemic racism is necessary, given that white Americans are most likely to own land and benefit from the wealth it generates. A recent study shows that from 2012 to 2014, white people comprised over 97 percent of non-farming landowners, 96 percent of owner-operators, and 86 percent of tenant operators. They also generated 98 percent of all farm-related income from land ownership and 97 percent of the income that comes from operating farms.On the other hand, farmers of color (Black, Asian, Native American, Pacific Islander, and those reporting more than one race) comprised less than 3 percent of non-farming landowners and less than 4 percent of owner-operators. Latinx farmers comprised about 2 percent of non-farming landowners and about 6 percent of owner-operators and tenant operators, well below their 17 percent representation in the U.S. population. BIPOC citizens also comprised over 80 percent of farm laborers.According to the USDA, of the country's 3.4 million total farmers, only 1.3 percent, or 45,508, are black. They own just 0.52 percent of America's farmland. Contrast that with a century ago, when there were nearly a million Black farmers. Currently, Black farmers make on average less than $40,000 annually, compared with over $190,000 by white farmers-most likely since their average acreage is about one-quarter of white Americans, according to the Guardian.Fourth-generation soybean farmer John Boyd, Jr., founder of the National Black Farmers Association, has been fighting for decades against racial inequity in the agriculture system, telling the Guardian in 2019, "Why does it take so long to receive benefits as a black farmer? I know white farmers in my community who went through the same program [for a soybean subsidy] and had their money a long time ago. I'm still waiting." He and other Black farmers have sued the USDA over discrimination.The Farm Bureau Says it Wants to Fight Racism. Here's Where to Start.

In response to the murder of George Floyd, the American Farm Bureau Federation, the nation's largest farm organization, declared that it opposed racial discrimination and was forming a working group to determine how it's staff can "be a positive influence against racism."Black farmers have often waged a lonely fight in their quest for justice. When legislators opposed our efforts to right these historical wrongs, the Farm Bureau was nowhere to be found.We're pleased to hear that the Farm Bureau is ready to start thinking differently about the impact racism has had on our agricultural landscape, and we hope it starts with the USDA. Now is the time to make things right.