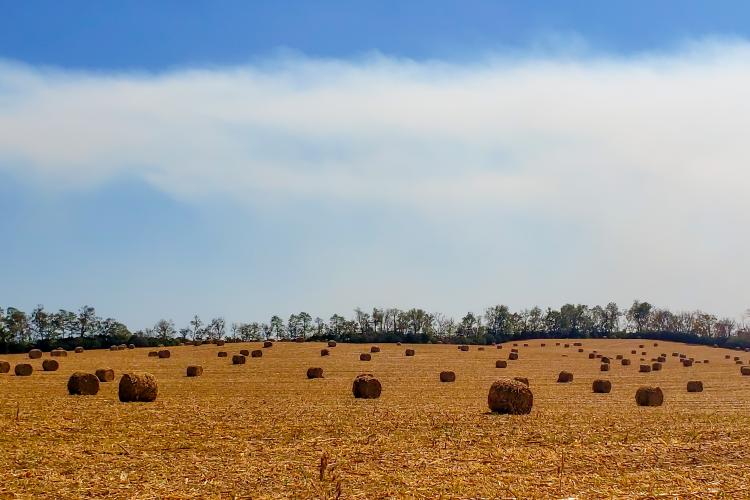 LEXINGTON, Ky.  --  It is the summer that never seems to end. Already into October, and much of Kentucky is still dealing with temperatures in the 90s. Coupled with the driest September since the 1800s, Kentucky farmers know something must give.

“This is the first time since 2016 that any portion of the state has been placed under the extreme category,” said Matthew Dixon, agricultural meteorologist for the University of Kentucky College of Agriculture, Food and Environment. “Impacts on the agricultural side are numerous and unfortunately we’ll start seeing some longer-term impacts of this drought.”

Water is important for all crops, but especially for soybeans. Late-crop or double-crop soybean producers are taking a big hit. Many of the plants may not be harvestable because there’s simply no seed in the pods in many cases.

“There may be a way to rescue the soybean crop for other purposes,” said Ray Smith, UK extension forage specialist. “Some farmers may want to make soybean hay or baleage, particularly since hay, especially good-quality hay, is already in short supply. But, make sure and check with your crop insurance adjuster before you do that.”

Forage producers are usually seeding new pastures and hayfields during early fall, and the cut-off date for dependable winter survival is Oct. 1 in average years. Smith said this year, every day past that presents a bigger risk since the forecast is not favorable for adequate rainfall.

“It’s definitely too late for alfalfa,” he said. “Even some who seeded back in mid-August have seed just sitting in the field.”

Pasture conditions are not likely to improve, and hay will be short going into winter. Farmers, who usually stockpile forages for the winter, haven’t been able to do that this year.

“If you don’t have sufficient hay supplies to get you through the winter, you need to line it up sooner than later,” Smith said. “The longer you wait, the more you’ll have to pay, if you can find it at all.”

The state only averaged 0.28 inches of measurable rainfall for the month of September. It was the driest September on record, going back to 1895, and it will also go on record as one of the warmest.

Although a cold front is passing through the area Oct. 3, Dixon said he doesn’t expect any rainfall with that system.

“On the positive side, it will bring a break from the record-setting heat we’ve been living with,” he said. “We will see temperatures dropping back down into the 70s and 80s for highs starting Oct. 4.”

The future forecast does show some better chances for rain arriving toward the end of the coming weekend with another cold front pushing through the region.

“Right now, models are showing the best chance for beneficial accumulations across the eastern half of Kentucky, tapering to the west,” Dixon said. “Otherwise, long-range outlooks do not look too promising moving forward. We’re seeing the odds of below-normal precipitation lasting at lead through mid-October.”

For current weather and drought status, visit the UK Ag Weather Center at http://wwwagwx.ca.uky.edu/ and the NIDIS at https://www.drought.gov/drought/states/kentucky.