Cattle and calves on feed for the slaughter market in the United States for all feedlots totaled 13.6 million head on  July 1, 2020, unchanged from previous year. Cattle on feed in feedlots with capacity of 1,000 or more head accounted for 84.1 percent of the total cattle on feed on July 1, 2020, down slightly from previous year. The total of calves under  500 pounds and other heifers and steers over 500 pounds (outside of feedlots), at 37.4 million head, up 1 percent from the  37.1 million head on July 1, 2019. 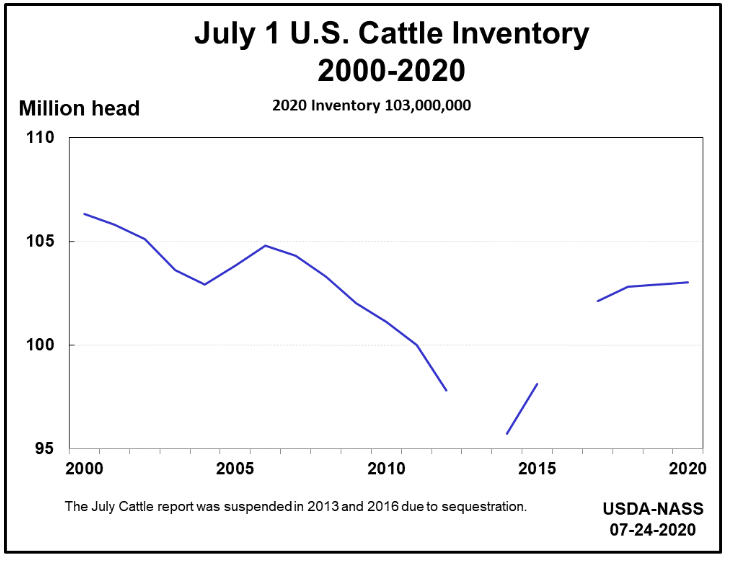 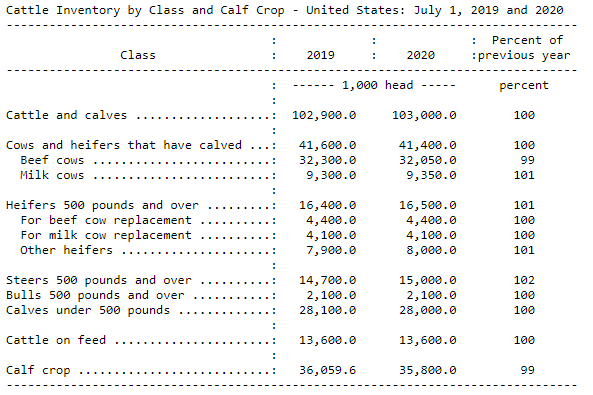