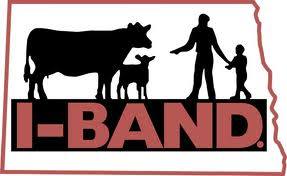 Enacted by Congress in 1985, the beef checkoff was approved by cattle producers voting in the initial referendum held in 1988.  That was 32 years ago and it is the only time ranchers have had an opportunity to vote on the mandatory checkoff we are required to pay every time we sell cattle.  Let that sink in.  In the more than 30-year lifespan of the mandatory tax on our cattle the only chance we’ve had to express our approval or disapproval of the $1 per head assessment was 18 months after collections began.  The question all cattle producers should be asking themselves is this:  has the checkoff increased returns to producers like you who are assessed?  There can be no responsibility where there is no accountability.  A referendum will provide accountability.  The I-BAND board of directors fully supports the petition-drive currently underway that seeks a producer referendum on the beef checkoff.

During the 1988 referendum, there were roughly one million potential cattle producer voters.  It was reported that just 256,505 voted.  Of those, 202,408 voted “yes.”  Thus, the checkoff that producers have paid for more than three decades was approved by just 20 percent of all U.S. cattle producers in 1988.  For the next seven years, beef checkoff proceeds were invested by the Beef Industry Council of the National Live Stock and Meat Board.  Funneling the beef checkoff funds through the non-political Meat Board and insulating the checkoff from policy was the arrangement producers understood when they voted in the initial referendum.  The Meat Board’s successes with the checkoff are often attributed to the checkoff being kept as distant from industry policy as humanly possible.

NCBA argued recently, as it has in the past, that a referendum would be too expensive and would cost an estimated $250,000.  Based on the number of votes in the initial 1988 referendum, that pencils out to about one dollar per vote. This is the same NCBA that spent nearly $500,000 in checkoff money giving away traditional beef cut names to pork.  When the cut name give-away deal was completed the Pork Board suggested publicly that retailers could exploit those names by riding the coattails of a reputation built by beef and beef alone and charge higher prices for a pork chop newly renamed a rib-eye.

After 32 years, it’s time for a producer referendum on the beef checkoff.   We are willing to live with the results as long as producers have a fair opportunity to express themselves.  If it’s true, as NCBA regularly argues, that 72 percent of America’s cattle producers favor the beef checkoff, what does NCBA have to lose?  All we’re asking for is the right to vote.  And that’s something that is as American as it gets.