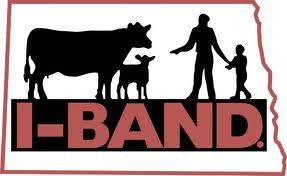 April 10, 2020 ~  The Independent Beef Association of North Dakota (I-BAND) has signed onto an April 8 letter from North Dakota Agriculture Commissioner Doug Goehring to U.S. Secretary of Agriculture Sonny Perdue outlining a concept for the Market Facilitation Beef Payment program (MFBP).  The program was designed by Congress to address the precipitous decline in livestock markets over recent months by providing price supports for cattle producers.  The Department of Agriculture (USDA) is responsible for promulgating the rules by which the program will be implemented, including the calculation of how the funding will be dispersed to producers.

Dwight Keller, I-BAND President, said the recommendations are fair and urged North Dakota’s congressional delegation to support Ag Commissioner Goehring’s proposal.  “It’s imperative that USDA move swiftly to get the funds out to producers as quickly as possible,” noted Keller.  “We know that billions of dollars in equity have been drained rapidly from the U.S. cattle industry and individual producers are suffering from these catastrophic losses.  They have bills to pay and financing obligations to meet.  While this plan is not a long-term solution to ongoing market dysfunctions, it will help keep family-owned farms and ranches in business for the time being.  We need to cut through bureaucratic red tape and get the money into the hands of those who need it quickly.   We’re asking U.S. Senators John Hoeven and Kevin Cramer and U.S. Representative Kelly Armstrong to help get this proposal implemented as fast as possible.”