Deworming: An Important Piece to the Cattle Health Puzzle 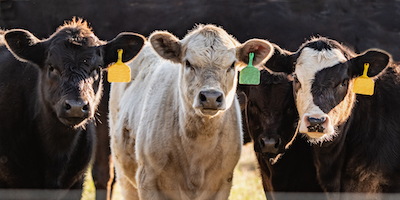 DULUTH, Ga. (May 12, 2020) — When your goal is to produce more high-quality meat, it’s pertinent to ensure your herd has every aspect of its health well-maintained. Something as simple as a consistent deworming protocol can be a small piece to your animal’s health and wellness program, but can have a resounding impact on its performance.

“If cattle are in a better place of health, they’re going to have better feed conversion and better utilization of nutrition, which ultimately should have a positive impact on end-product quality,” said Dr. Gillespie.

He also stresses that, though important, deworming is only a piece of the puzzle.

“There are many management factors that impact the potential market value of an animal, including genetics, nutrition, vaccinations and parasite control methods,” he explained. “Maintaining a low parasitic load is important to an animal’s ability to convert feed into pounds.”

Protect your herd from productivity-limiting parasites

A heavy parasite load doesn’t often manifest itself in obvious ways, which is one of the reasons an ongoing treatment program is so vital.

A heavy parasite burden in a cow’s intestinal tract competes to ingest the nutrients the animal needs to thrive. This competition can suppress the cow’s appetite and, in turn, take away its ability to gain optimal weight. Additionally, parasites can damage the animal’s intestinal lining and decrease its ability to respond favorably to vaccinations.

If an animal doesn’t have to deal with the irritation and burden associated with parasitism, it’ll likely have better immunity, which contributes to enhanced productivity and reproductive efficiencies. Improved herd reproduction can, in turn, mean more calves, more pounds and, ultimately, more profit.1

If a producer hasn’t given much thought to a deworming protocol in the past, it is never too late to put one in place.

“Deworming is an area of animal health where it’s easy to lose focus,” said Dr. Gillespie. “As busy cattle producers, we tend to treat cattle at our convenience. However, ensuring a herd is treated at the right time with the right type of product can positively influence the whole system.”

Start by discussing your goals and options with your veterinarian, who will likely have geographic-specific insights to help formulate the best approach for your herd.

1.    Prior to cattle entering a grazing environment, where they can potentially pick up parasites, and to eliminate any dormant parasites. In many geographies, this happens in the spring.

2.    After they come off the grazing pasture, to manage any parasites that may have been ingested during the grazing season, usually in the fall.

“One deworming myth that I want to correct is that ‘all dewormers are the same,’ because they aren’t,” stressed Dr. Gillespie. “There’s a lot of technology that has gone into the production of the different types of dewormers that are available. And it’s important for producers and veterinarians to find the antiparasitic that’s going to best fit their situation.”

Discuss with your veterinarian how deworming can be a strategic part of your herd health plan.