Case was a team effort between several agencies, across two states 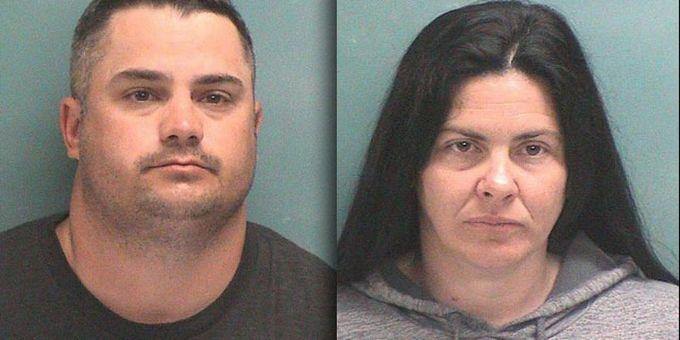 The crime spree started in Kirbyville, Texas, in late March when the couple purchased six calves for a total of $3,012.13 using false identification and a fraudulent check. Texas and Southwestern Cattle Raisers Association Special Jimmy Belt launched an investigation, but before it was complete, the suspects paid the victim directly and the case was closed.

In early April, Texas and Southwestern Cattle Raisers Association Special Ranger Brent Mast received a call from an auction market in East Texas about a returned check. The market’s office manager told Mast a couple, first-time buyers, wrote the check in the amount of $5,151.55 for the purchase of three heifer yearlings and two bulls. During the investigation, Mast determined the check was a forgery and Aaron Davis had used a fake identification card. Davis later admitted he’d purchased the temporary driver’s license on the dark web.

About the same time, the Davises were involved in a similar crime in Calvert, Texas, investigated by Texas and Southwestern Cattle Raisers Association Special Ranger Hal Dumas. Once they were positively identified by Dumas, they paid restitution to the victim, and the case was closed.

But the couple’s criminal activity wasn’t limited to their home state.

Less than two weeks later, Billy Black, chief of the Law Enforcement Division of the Arkansas Depart of Agriculture reached out to Texas and Southwestern Cattle Raisers Association for assistance identifying two suspects that had bought and sold cattle at three sale barns in Arkansas using fraudulent identification and fraudulent checks.

After Black described the couple, along with the vehicle and trailer used in his cases, Mast advised him that his suspects matched the description of Aaron and Jessica Davis. Surveillance footage confirmed it.

Mast and Hand would like to thank Chief Billy Black; Texas and Southwestern Cattle Raisers Association Special Rangers Hal Dumas and Jimmy Belt; Officer Nathan Jessup and other members of the Nacogdoches Police Department; Captain Rusty Allen of the Nacogdoches County Sheriff’s Office; and Captain Heath Bragg, game warden, Texas Parks and Wildlife Department for their work on this case.

“This was truly a team effort,” Mast said. “Due to our large network of law enforcement agencies and multiple officers pulling together, we were able to solve these cases and help protect livestock producers and marketers from future loss.”

To get your own channel, please email Dusty Markham at dmarkham@dvauction.com.