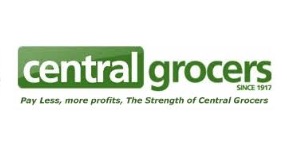 Central Grocers Files Antitrust Lawsuit Against Big Four Beef Meat PackersOn June 6, Central Grocers (Central) brought a class action lawsuit in the District of Minnesota against Cargill, Inc, JBS USA Food Company Holdings, National Beef Packing Company, and Tyson Foods Inc (collectively defendants) alleging the defendants violated federal antitrust laws by "conspiring to constrain beef supplies in the United States, thereby artificially inflating domestic beef prices paid by direct purchasers." Central sought damages, attorney fees, court costs, and an injunction.To view the lawsuit click here.Federal law makes it illegal to engage in a conspiracy that unreasonably restrains trade across state lines. Central alleged that the following actions evidenced the defendants' violations of said law:(1) "the U.S. Department of Justice and the U.S. Department of Agriculture...launched investigations into whether [the defendants] unlawfully fixed beef prices in the United States";(2) on March 12, before the Senate Subcommittee on Agriculture, Rural Development, Food and Drug Administration and Related Agencies, Secretary of Agriculture Sonny Purdue "expressed serious concern that meatpackers were paying lower prices for live cattle without passing that cost savings to...beef purchasers";(3) a witness, employed at different times by two of the defendants, "confirmed that each of [the defendants] expressly agreed to reduce its cattle purchase and slaughter volumes with the purpose and effect of increasing their margins";(4) the defendants created artificial conditions to drive "down the prices [the defendants] pay for cattle and [boost] the prices [the defendants] command for beef" such as "purchasing fewer cattle than a competitive market would otherwise demand and running their processing plants at less than available capacity";(5) "permanently [closing] processing facilities without replacing most of the lost capacity" resulting in a reduction of "the industry's annual slaughter capacity by some two million cattle per year";(6) using industry events as "opportunities to exchange pricing, supply, and other competitively sensitive information" in furtherance of the conspiracy; and(7) failing to "offset...slaughter reductions by importing more cattle into the United States."Central asserted that the actions entitled Central to receive the requested injunction, treble damages, court costs, and attorney's fees on behalf of Central and the class of those similarly situated. The class defined in the complaint included "all persons and entities who purchased beef directly from any of the [d]efendants, or their respective subsidiaries or affiliates, for use or delivery in the United States from at least January 1, 2015, until the present." If requested relief is granted, the defendants would be permanently enjoined from any further actions that promote the conspiracy designed to "artificially fix, raise, and stabilize the wholesale price of beef in the United States, creating anticompetitive effects..." and provide the class with up to five million dollars in damages, plus aforementioned legal fees.Central is represented by Heins Mills & Olson.