Tips for Taking on Mannheimia haemolytica

M. haemolytica is one of the leading causes of respiratory disease in cattle 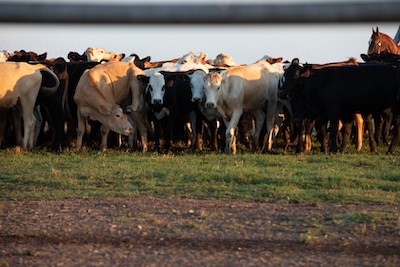 DULUTH, Ga. (March 17, 2020) — “Of all the bacterial causes of respiratory disease, Mannheimia haemolytica is the most prevalent and concerning,”1 said Jody Wade, DVM, Boehringer Ingelheim. Animals with an infection can go from seemingly healthy to deceased in a day’s time. M. haemolytica was previously known as Pasteurella, and many cattlemen refer to it as such to this day.

“An interesting thing about Mannheimia is that it’s a secondary invader,” observed Dr. Wade. “It is a common bacterial flora found in the upper respiratory tract of cattle, and in normal conditions, causes no problems.” However, periods of stress or viral infections such as bovine viral diarrhea virus and infectious bovine rhinotracheitis virus can weaken the animal’s immunity and cause the pathogen to move down to the lungs and cause an infection.

“Mannheimia is very contagious,” said Dr. Wade. “It spreads through direct contact or via feed and water that’s been contaminated with nasal or oral discharge from infected cattle. Therefore, factors like overcrowding, commingling and shipping promote the spread of this disease.”

The first signs of M. haemolytica that a producer is going to see are droopy ears, cattle holding their heads down and standing away from other animals, poor appetite, nasal discharge and a temperature between 104 and 107 degrees. “As the infection progresses, that’s when you’ll start to see coughing and animals standing with their elbows pointed away from their chest,” explained Dr. Wade. “The more these signs develop, the more lung damage we’re going to see.”

To minimize lung damage, try to catch a case as early as possible; then, use a quick-acting and effective treatment option.

Read through the product label, and consult your veterinarian before providing treatment. If M. haemolytica is not included on the label, the antibiotic is not going to work. Consider using an antimicrobial with an active ingredient like gamithromycin; it will be rapidly absorbed and extensively distributed in the lung tissue to provide effective treatment and control.2

Combining vaccination with the reduction of stress will give herds the greatest protection against M. haemolytica and BRD.

In the cattle industry, there are a number of built-in stressors such as weaning, shipping, commingling and dehorning. But even seemingly minor environmental events, like changes in temperature, dust, poor ventilation and moisture, can be factors. While there’s no way to completely prevent stress, producers can take extra steps to minimize it:

“Research has shown that the best time to vaccinate for M. haemolytica is while animals are still on the cow-calf operation,” emphasized Dr. Wade. “Unfortunately for the stocker business, there are a lot of cow-calf operations that don’t use a respiratory vaccine on calves.” In fact, it’s estimated that only one in four cattle has been vaccinated for the more common bacterial agents associated with respiratory disease.3

“Vaccinating for M. haemolytica should be part of reputation management for all cow-calf producers,” said Dr. Wade. “You don’t want to be the person no one wants to buy cattle from.”

If you’re a stocker and you don’t know the vaccination history of the animals, consider a vaccine that protects against M. haemolytica, and can be given at all stages of an animal’s life.

“Remember to consult with your veterinarian, as they know the disease challenges in your region,” concluded Dr. Wade.