Ben Lodoen Honored as Red Angus Herdsman of the Year 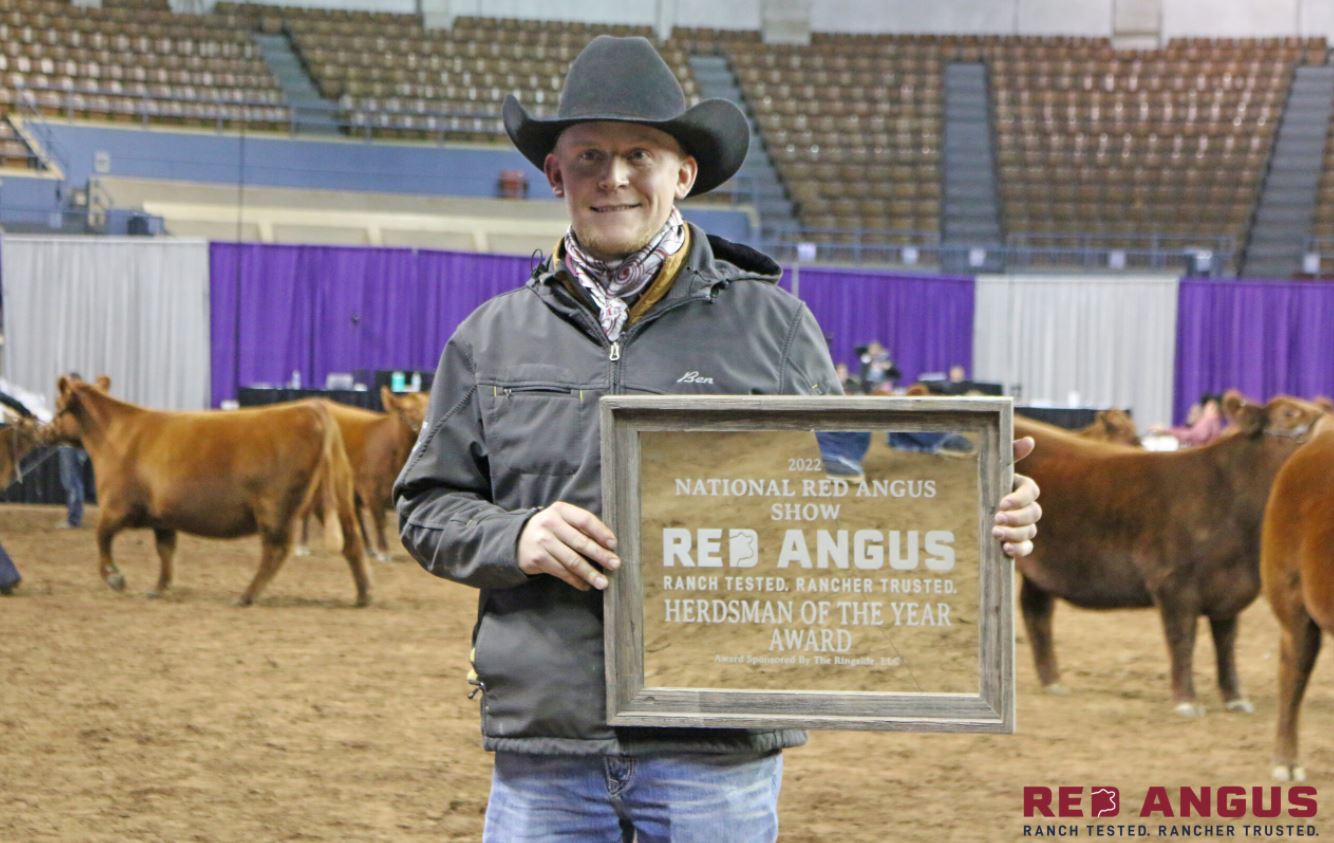 OKLAHOMA CITY – Ben Lodoen, Westhope, North Dakota, was selected as the 2022 Red Angus Herdsman of the Year at the National Red Angus Open Show during Cattlemen’s Congress in Oklahoma City, Oklahoma. Lodoen was presented with the award, which was not revealed until the presentation, prior to the selection of the grand champion open female on Jan. 4, 2022.

Lodoen was very involved in his family’s ranch early on in life. As a teenager, he took his younger siblings to livestock shows around the country and invested many hours studying cattle and herd sires that would improve his family’s operation. He attended North Dakota State University in Fargo, North Dakota, where he was active in Saddle & Sirloin and won Overall Showman at the “Little I.”

After graduation, he returned to the L83 Ranch - Lodoen Cattle Company, which was founded by Ben’s grandparents, Leonard and Bette, and eventually became herdsman and manager. L83 Ranch holds an annual production sale and has produced and shown numerous state and national champions. L83 Ranch runs registered Red Angus and Hereford cattle and farms several thousand acres; Ben manages everything on the ranch from breeding decisions to crop rotations to purchasing decisions.

“Ben has always wanted to be where he is today. He has worked so hard for everything that he’s accomplished and there isn’t a timecard big enough for time and passion he pours into the ranch. He learns something at every show he goes to and shares it with those around him,” remarked Rylee Marthaler, Ben’s sister.

She added, “There are always people asking him for advice and favors, and he very rarely says ‘no.’ He doesn’t hesitate to drop everything and help a friend. For example, when he drops cattle at a customer’s home, he has been known to do their chores and feed the dog, as well! I am so proud of the humble, genuine, kind and hard-working man he is.”

The Herdsman of the Year is presented to a hands-on individual who has most effectively presented his or herself in a professional manner while at the show. For results from Cattlemen’s Congress or to find more information on Red Angus shows and upcoming events, visit www.RedAngus.org.