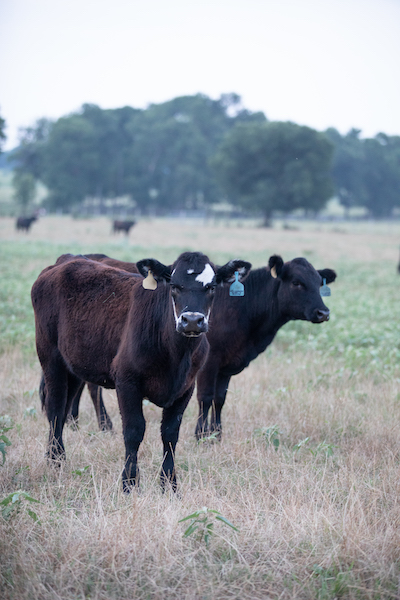 Are You Protecting Calves From BRSV?

This lesser-known respiratory disease can have major impact on their health.

DULUTH, Ga.  — Big temperature swings common during seasonal transitions can be stressful for cattle. That, combined with the stress of changing their environments, including weaning or mixing calves, opens the door for respiratory diseases to creep into your herd.

“Respiratory diseases tend to be more common in the fall, but we also see an uptick in them whenever animals experience stress, including in the summer when calves are put out on pasture,” said Joe Gillespie, DVM, Boehringer Ingelheim.

One respiratory disease that doesn’t get as much attention is bovine respiratory syncytial virus (BRSV). It occurs roughly a third as often as bovine viral diarrhea virus, but can be more serious than parainfluenza-3 (PI3), according to many experts.

BRSV was first diagnosed in animals in the 1970s and comes from the same virus family as the human version, which causes similar symptoms in young children. “In cattle it causes more morbidity than death,” Dr. Gillespie said. “It’s the long-term presence of the disease that can have serious financial impact on herd productivity,” he added. “Infected cattle don’t eat much and don’t gain weight, and their immune system is compromised.”

The economic impact of the bovine respiratory disease complex can be significant. Average daily gain for cattle infected with these diseases can be reduced by one-quarter pound a day, noted Dr. Gillespie.1

“Between the fifth and seventh days after infection, calves are usually really sick and running a high fever,” said Dr. Gillespie. “The biggest challenge with this disease is that once the animal is presenting clinical signs, it’s already weakened.”

Antibiotics can be given to treat the secondary infection, but little can be done to treat BRSV, other than providing fluids with energy supplements. “Infected animals could have permanent lung damage and most will never gain as much weight as healthy animals,” he said.

Because BRSV is endemic to the United States, it’s everywhere, he noted. A good preventive care plan includes vaccinating both cows and calves.

“If a cow has been vaccinated and has good immunity to BRSV, she will pass it to the calf in the colostrum, which will help to protect the calf for the first few months until it develops its own immunity,” said Dr. Gillespie. “Vaccinating the calf at about 45 days of age allows you to develop that immunity at a critical stage, providing protection before it gets exposed.”

Research shows that the calf’s immunity level improves and shows some protection already at four to five days after vaccination, but it typically takes 14 to 21 days for it to develop the full complement of immune cells, he added.2

“Immune cells create memory to recognize diseases such as BRSV, but that memory weakens over time so you need to revaccinate calves again five to six months later, and cows annually to continue to protect them,” added Dr. Gillespie.